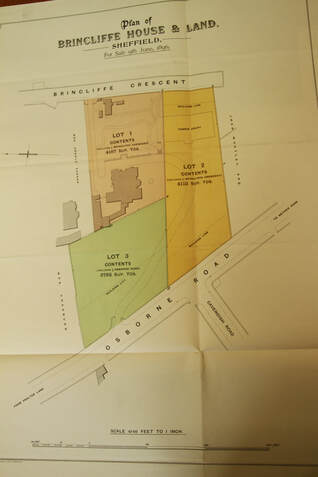 ​Brincliffe House was probably one of the first houses to be built in the area between Osborne Road and Brincliffe Crescent.
The house, built in 1852, was a substantial Victorian villa surrounded at that time by two and a half acres of grounds including a formal garden, tennis court and two small paddocks. The house itself had six bedrooms, one with its own bath(!), three dressing rooms and two servants’ rooms served by their own back stairs.
The original owner was called James Woolley who was born in 1804 in Derbyshire and made his money as a retail seller of tea and tobacco.

Over the years some of the land was sold off and new houses were built in the area around Brincliffe House. Eventually the house was taken over by the NHS and used as an administrative centre until 2014.
Our cohousing community was established in 2015 and we bought Brincliffe House in 2016.
We have converted the house into 11 flats and have constructed a coach house and a lodge, both of which were buildings that were originally part of Brincliffe House. We recently finished building a terrace extension to the house which now houses 3 families.
We're excited to be part of the history of this wonderful house and to give it a new lease of life with it's 26 new residents!